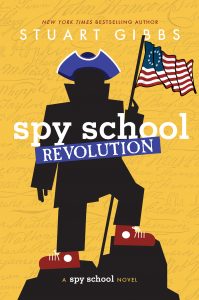 The Revolution is Coming

Next in the series: Spy School At Sea