The information in this post may be old news to many of you, but I have been getting a lot of questions from readers asking why both MBA and Musketeer stopped at three books.  The posts where I explained this are now a couple years old, so I thought I would revisit the issue.  The reasons I stopped writing each series are quite different.

Why I ended Moon Base Alpha

When I first started writing this series, I really thought it might run for a long time.  But I also made the decision to write a sci-fi series where space travel was depicted as realistically as possible.  My good friend, astronaut Garrett Reisman, who was overseeing the human space flight program at SpaceX, served as my technical advisor.  I was very pleased with the world that I created, but it had an unforeseen side effect:

It was very limiting.  Moon Base Alpha was small and cramped; there weren’t many rooms and less than thirty residents.  I had originally planned to bring in new residents (which is why the Patucket family is mentioned) but after three books, I was having trouble coming up with new ways to make life in the moon base exciting.

Meanwhile, the world outside the moon base was also more limiting than I had realized.  Planet Earth has billions of different locations, all of which are different from each other — but the exterior of the moon is basically the same, no matter where you go.  True, there is variation, but for the most part, it is moon dust, with the occasional crater or lava tube.  And there is no way to get from one place to another quickly, so even if there was great variation, I couldn’t move my characters very far.

Even worse, the only way to go outside the moon base involved wearing a space suit, which provided its own limitations.  An action sequence in a space suit is very different from one where the characters are free to move about in any way they would like.

Therefore, I realized that, if I kept going with the series, it was going to start feeling repetitive — and I didn’t want that to happen.  I really hated ending the series, because it was a very personal series to me, but I thought that letting it get boring would be worse than bringing it to a close.  (Plus, I was having trouble getting inspired to write another book.)

Many of you have written to me, suggesting various ways to move the series along.  But all of them have their issues:

Why not open Moon Base Beta — or move the series to another planet?

Neither of those really solves my issue with a series that is set in a base on another planet (or a moon) feeling limited.

Why not follow up with Dashiell’s life when he gets back to earth?

What made this series special was the fact that it took place on the moon.  Once it returns to earth, it’s just not that special any more.

Spoiler alert:  Why not continue the story after it ends in Waste of Space, on another planet in another galaxy?

Because, first of all, after the epilogue in Waste of Space, Dashiell is in his forties.  But more importantly, the story would be very different that the type of story I was telling in the series so far.  I wanted to write mysteries set on a moon base, which was technically science fiction, but very heavy on the science.  Switching to a whole new world would definitely open up what I could do — but it would veer into full on science fiction, which isn’t really what I want to write.

So is the series over forever?

Probably.  I won’t rule out the chance that maybe, some day, I will be inspired to write another story in this series, but for now, I am going to focus on the three series I have going: Spy School, Charlie Thorne and FunJungle.  That is really the maximum number of chapter series I can handle.

In the meantime, if you haven’t read the MBA series, you can get the whole thing in a lovely boxed set by clicking here. 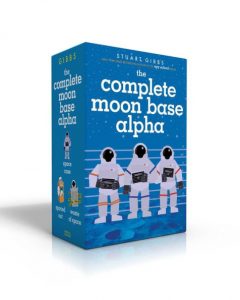 Why I ended The Last Musketeer

The Last Musketeer is, to this date, the only series that I have written for a publisher besides Simon & Schuster.  (That’s why the covers look different.)  It is also the only series I have written that was not my original idea.  Before Belly Up was even published, I was approached by an editor at another publishing house (which I will not name).  The editor wanted to know if I would do a three book series and gave me the basic concept: Kid goes back in time and meets the three musketeers.  He had a few other ideas, which I used in the book, although I would say that 98-99% of the story is my own original ideas.  I was told that this was a huge priority for the publisher, and that I would need to be prepared to do a lot of travel to promote the series.

Here’s what happened instead: After I finished the first book, the publisher fired the editor and shut down the entire division.  I still was under contract to do the other two books, but no one really was looking out for the series.  In my opinion, the publisher didn’t do much to market the books at all.  To this day, they have never arranged for a single school visit, festival or book store event.  Meanwhile, the original covers were very disappointing.  Bookstores didn’t realize that I had even written those books.  They looked so different, people assumed that a different Stuart Gibbs had written them.

I would have been happy to write more books in this series if the publisher had supported it.  But it made far more sense to write books for a more supportive publisher like Simon & Schuster instead.  There is little point in writing a book that you think no one is ever going to read.

I spent years pestering the publisher of The Last Musketeer to change the covers, which they finally did.  This change encouraged more bookstores to carry the books, and so they have started selling better — although they still don’t sell nearly as well as my other books, as that publisher really still doesn’t promote them.  The major way those books are promoted is on this website.  At this point, it has been nearly a decade since I wrote that series, so I can say that there is no chance that I will revisit it.

I still like the series, though.  If you want to give it a try, you can get the first book by clicking here. 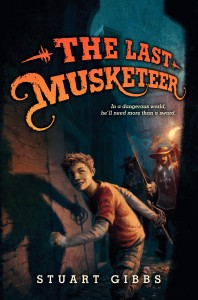 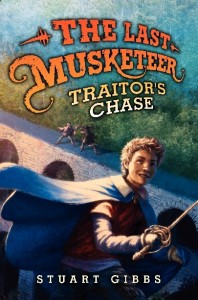 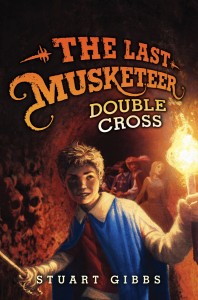 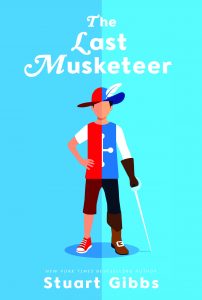 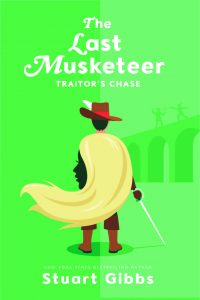 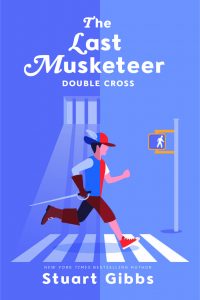