I get this question more than any other (except ‘When is your next Spy School/FunJungle/Moon Base Alpha novel coming out?’) and it’s one of the most complicated questions to answer.  So I’m going to do my best to answer it right now.

Sort of.  It’s very hard to say where ideas come from.  They just kind of happen.  I didn’t really think, “Where would be an interesting place to set a mystery?” and eventually realize, “Aha!  A zoo!”  Instead, one day, a long time ago, the idea of doing a mystery in a zoo just popped into my head and I realized it was a good one.

So maybe the better question to answer is: What do I do to inspire myself to come up with ideas?

There are two parts to that answer.  1) I tend to write about things that interest me.  Note that this is different than saying “Write what you know.”  A lot of people tell me they’ve been told to write what they know, but if everyone did that, we’d end up with a million books about middle school, high school and college.  There are lots of things that fascinate me: animals, zoos, spies, space travel…

It’s pretty amazing how effective immersing yourself in an experience can be to generate ideas.  For example, there’s this volcanic crater in Hawaii — Kilauea Iki — that my son and I love to hike in: 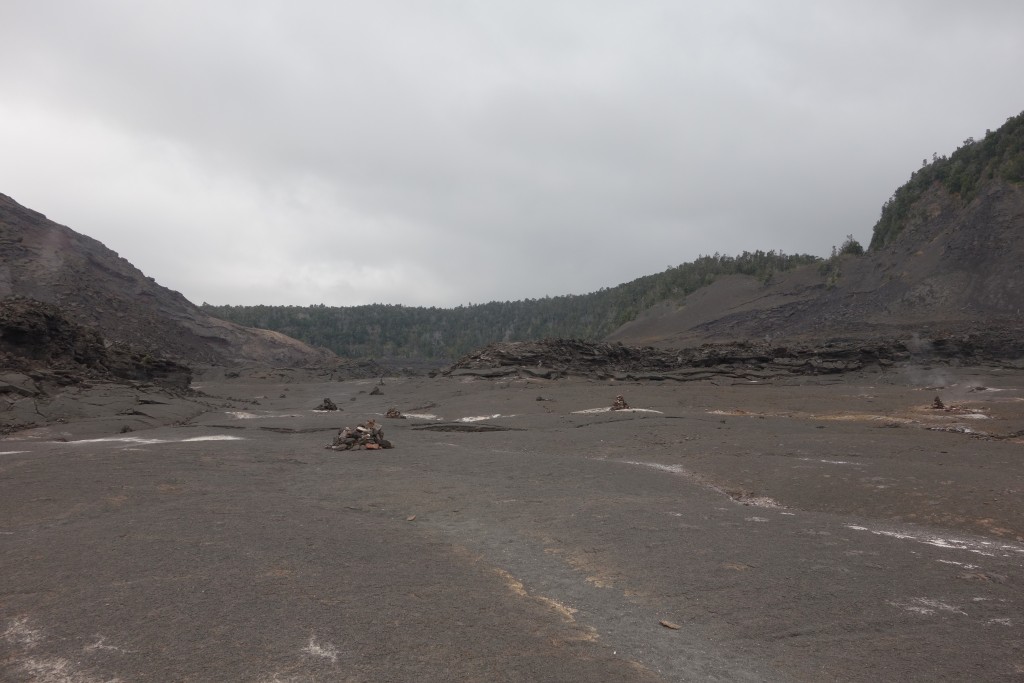 Notice that this crater (which only formed in 1959, by the way) looks pretty alien.  In fact, it’s about as close as you can come to hiking on the lunar surface as possible on earth.  Every time I’m in that crater, I kind of feel like I’m on the moon — and I suddenly find myself besieged with ideas for the Moon Base Alpha series.  Ideas that I might not have come up with otherwise.

It just so happens, there’s a pretty awesome lava tube right near Kilauea Iki.  Fun fact: There are also lava tubes on the moon!  A while back, I sought out the help of some scientists who specialize in potential lunar construction, and they’d told me that if we were to build anything on the moon, we’d probably have to set up our first camps in lava tubes to protect ourselves from meteorite strikes.  (Research!)  Now, while looking at a picture of a lava tube is interesting, actually walking through one is considerably more inspiring: 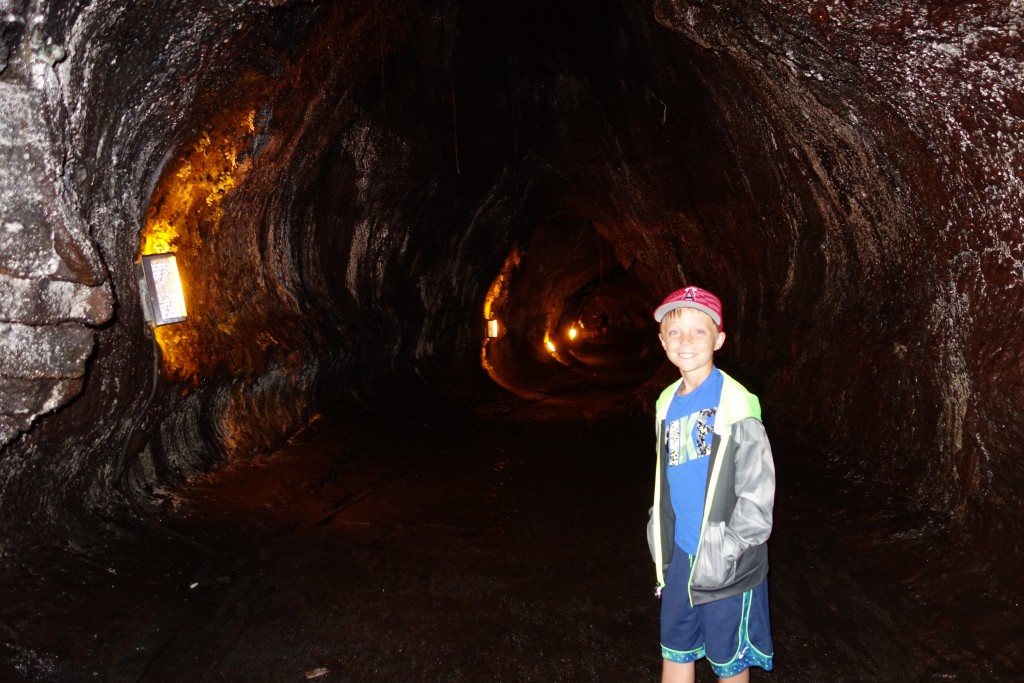 Research like this and inspiration go pretty much hand-in-hand.  If you’re learning about something, inspiration strikes all the time — often for something you weren’t even trying to learn about. For example, I was researching rhinos down at the San Diego Zoo when we dropped by the panda habitat and suddenly, it became evident that FunJungle four ought to be about — you guessed it — pandas.

Meanwhile, somewhere else along the line, I’d had the idea that it would also be interesting to have a story involving dolphins.  So I took it upon myself to do a little research on dolphins as well.  Luckily, a place called Dolphin Quest was happy to do this for me: 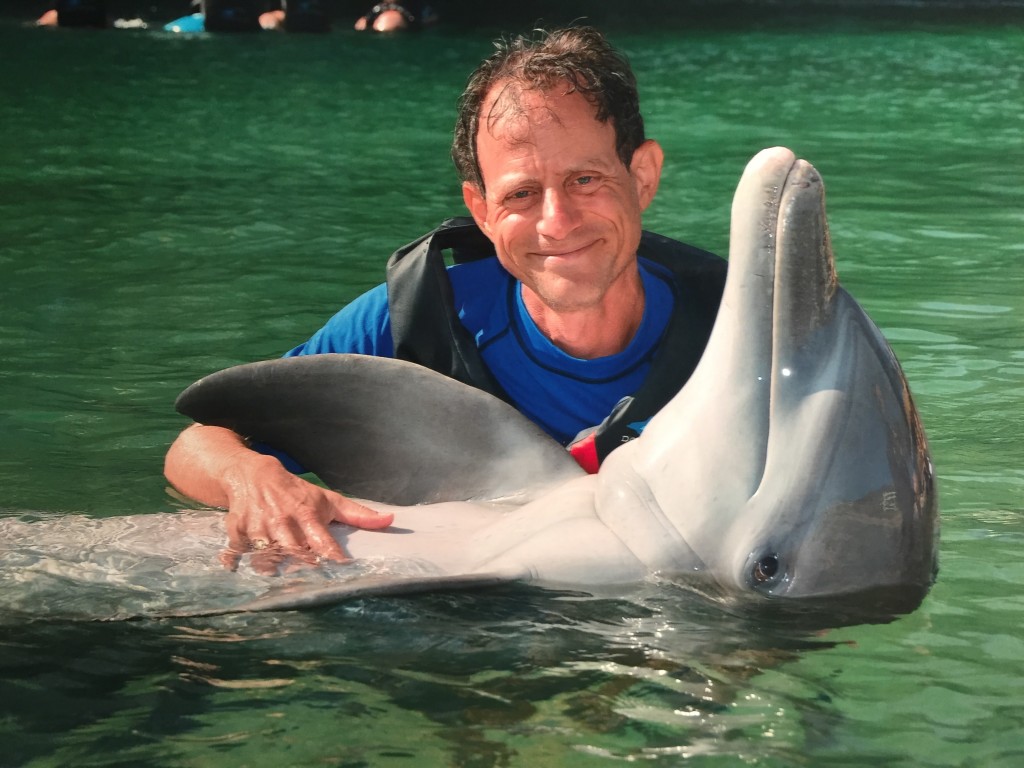 Extremely educational — and very inspirational!  (Not to mention awfully fun.  I told you research was the fun part.)  When FunJungle #4 comes out in spring 2017, expect there to be a bit of a dolphin mystery in there, along with the panda mystery.

So if you’re looking for inspiration, I highly recommend trying to experience as much as possible (as long as your parents say its ok.)  Go to zoos and museums and national parks.  Take lessons in things that interest you.  Explore the world!  And read a lot.

(And for those of you still wanting details on Spy School #4 — and what inspired that — I promise you, details will be coming in February some time.)

1 thought on “An answer to your burning question: Where do I get my ideas?”